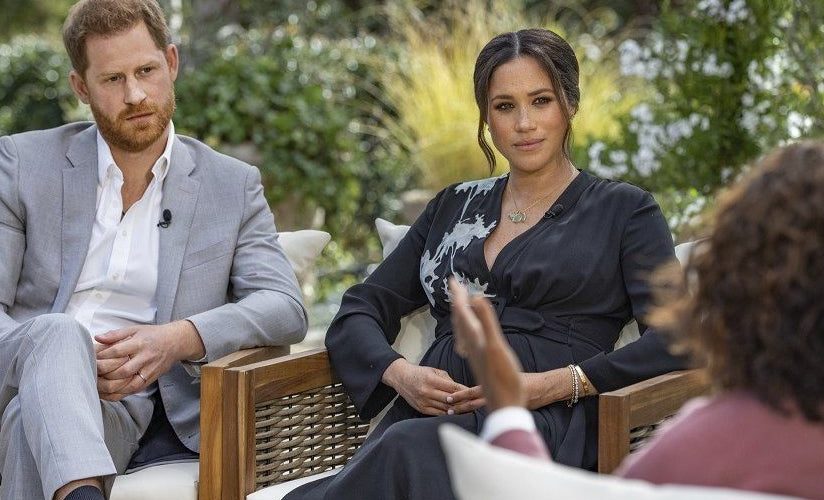 The Royal Bombshell Interview At Oprah’s

Oprah Winfrey, the best interview maker in America, had Prince Harry and Meghan Markle as her guest, on the past Sunday. The royal bombshell interview broke the Internet since the couple revealed details about their life behind the Buckingham Palace walls that no one expected to hear. The interview was nothing less than explosive. It has been a week since the interview, and it continues to reverberate days later.

In the Sunday interview, Meghan revealed that during her life in the Royal Palace, she endured constant suicidal thoughts, and no one was willing to help her. The couple shared with the public that a royal member expressed concern about the skin color of their first child, baby Archie. They said that the palace cut them off from royal protection and financial benefits, some based on Meghan being biracial. Those are just some of the royal struggle that they both had to pass through. In the two-hour interview, they revealed even more, what was a reason for Buckingham Palace to issue a statement reaction for the public.

Why is the interview such a big deal?

Since Prince Harry and Meghan Markle announced their royal wedding, which was held on 19 May 2018, they have been the target of many media attacks. Their relationship was the source of many controversies since it was the second marriage for Meghan. The fact that she has American citizenship and is a former actress and biracial didn’t help at all. The couple’s marriage was followed by much controversy. Her father Thomas didn’t attend her wedding. The latest controversy involves reports that she bullied royal staffers.

The couple left Buckingham Palace at the beginning of 2020. They first moved to Canada, and then to California, where they live now. In February 2021, after a year’s trial, the Royal Palace announced the couple would not return as working members of the royal family. 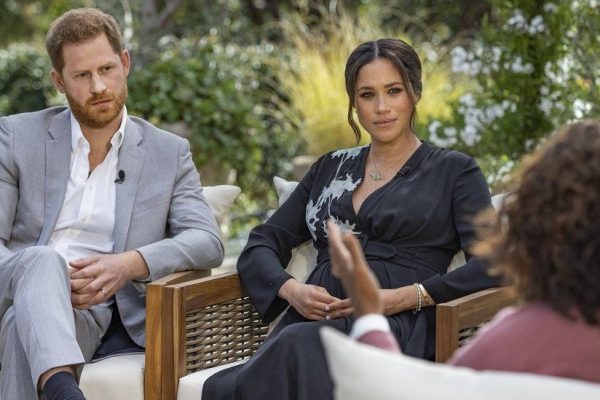 Meghan revealed that at least one person in the palace expressed concerns about how dark would be the skin of the couple’s firstborn child, baby Archie. She didn’t specify if it was the Queen who was worried if Archie Harrison Mountbatten-Windsor, who was born in 2019, will be dark-skinned. “There were also concerns and conversations about how dark his skin might be when he was born,” she said. After Prince Harry joined the interview, Oprah didn’t miss asking him if he will reveal the name of the person who made comments about baby Archie’s skin color. He answered he would never do it. However, Winfrey did clarify that it wasn’t the Queen or her husband, Prince Charles. 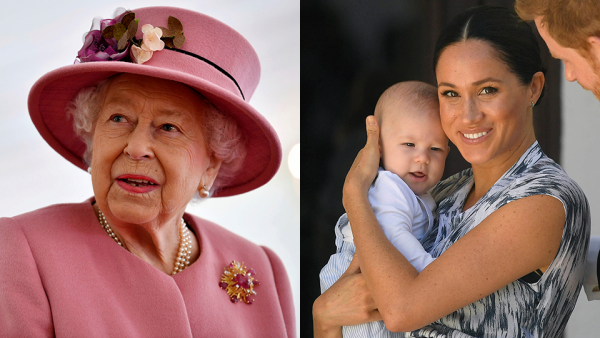 Through their royal bombshell interview, Meghan said that her life as a British royal was so isolating and lonely. She even reveals that at one point she “didn’t want to be alive anymore”. Earlier, Princess Dianna, Prince Harry’s mother, has shared her episodes of self-harm and suicidal thoughts due to the monumental pressure of marrying a royal with the famous biographer Andrew Morton. Years after, Prince Harry’s wife reveals having suicidal thoughts that no one liked to help her to deal with. She revealed that she asked the human resources department at the palace for help. But, she was told that she wasn’t an employee and they couldn’t help her. 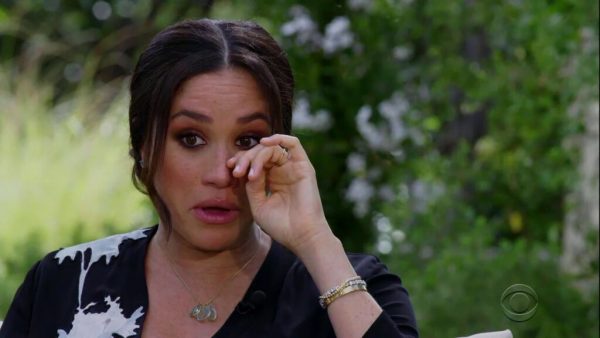 At Oprah’s royal bombshell interview, the couple announced they are expecting their second child. They shared with the public that they are expecting a girl. She will be eighth in line to the throne, following her brother Archie. The royal couple shared that they are not having plans to have more children. However, they said that if they were about to have a son after this daughter, he would not leapfrog his sister in the line of succession.

They declared this because in the history of the royal family it wasn’t always the case. Princess Anne, for example, who is the second child of the Queen, is lower in the line compared to her brothers Andrew and Edward, who are younger than her. However, the 2013 Succession to the Crown Act changed this sexist rule. Princess Charlotte, who is the second-born child of Prince William and Kate Middleton, keeps her place in line, no matter her brother, Prince Louis was born after her. 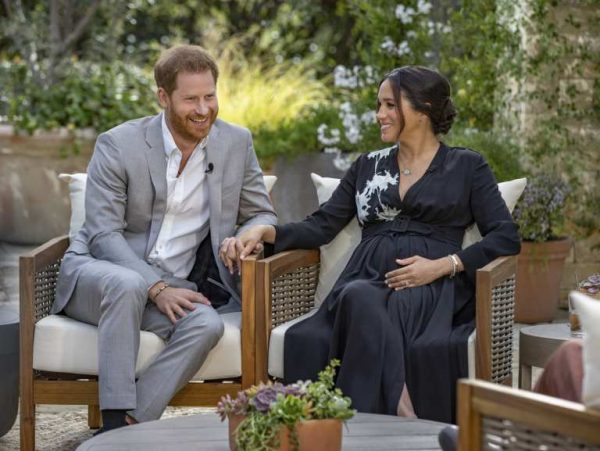 They got married early

Meghan revealed that Harry and she actually married three days before the official ceremony. “No one knows that,” she told Winfrey. “We called the Archbishop and we said ‘Look, this thing, this spectacle is for the world, but we want our union between us.'”

She also said that she has never made online research on Harry when they began dating. She surprised many by saying that she didn’t follow the royal family’s lives and that she didn’t know much about them. 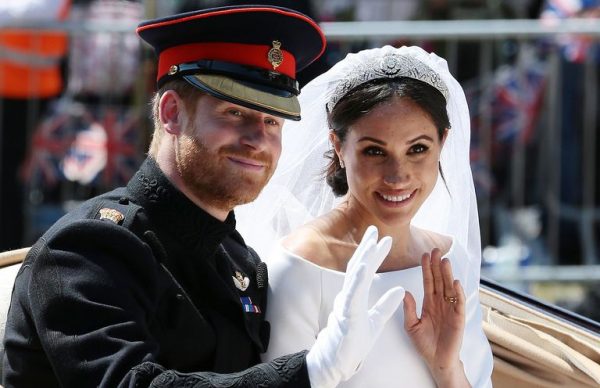 Since Meghan and Harry left the Royal Palace, there have appeared a lot of rumors about the issues between the brothers and their wives. Even Meghan addressed one of the major rumors in Oprah’s royal bombshell interview. She said that despite the fact that tabloids wrote a lot about how Meghan made Kate cry before their wedding ceremony due to a fight about Princess Charlotte’s flower girl dress, it was the other way. It was Kate who made Meghan cry about the outfit. Later, she apologized by sending Meghan flowers. 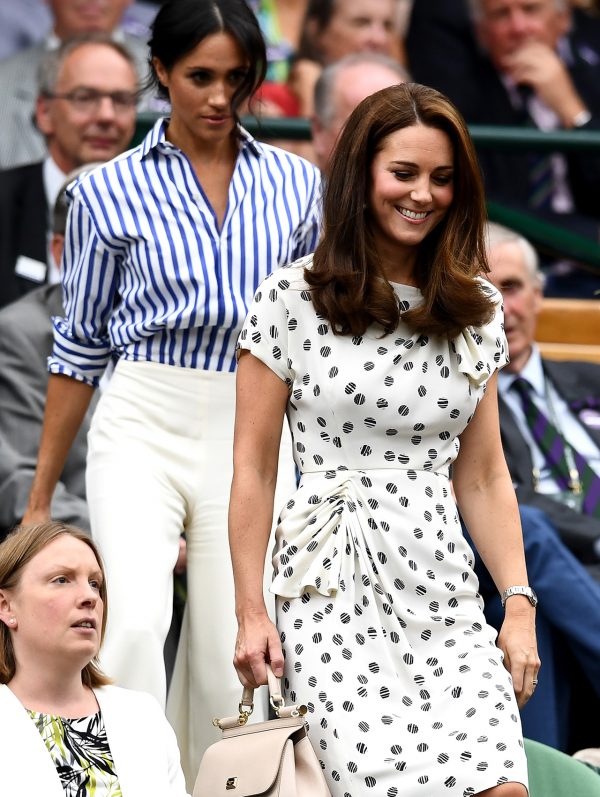 Clothing Pieces That Will Always Stay in Fashion

The Rise of the Alternative Wedding: Making Your Big Day Special for You

CHOOSING THE PERFECT WIG FOR YOU