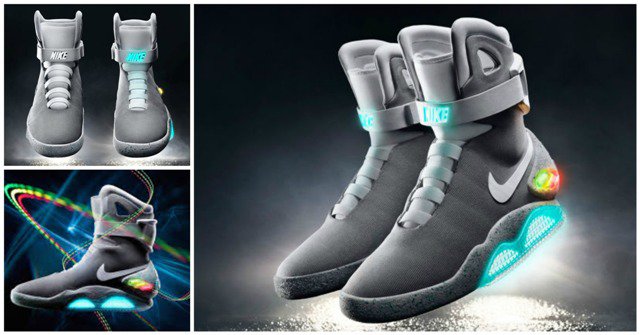 Hey my friends can you remember of the movie Back to the future and the shoes that Marty McFly wore in Back to the Future II. In 2011 nike has made the same looked shoes but there was one difference unlike the shoes seen in the movie, Nike’s Air Mags didn’t have power laces. But nike promised that they will change this and now they have created this amazing shoes sure with power laces.
Also 2015 is interesting because this is the future in the movie and According to the movie, we are already supposed to have seen time travel, skateboards that could float in mid-air, self-tying sneakers and so much more.
In the movie, there were these Nike sneakers that could tie themselves. All you had to do was put on the sneakers and the tying of the lace was automatic, how convenient.

Here is how the shoes looked on the movie

Nike made the announcement on October 21st and did it in such an incredible manner. They had to decide on who would wear the Air Mag first and who better to do that than Michael J. Fox, the Back to the Future star that originally wore it in the movie. The new Air Mag sneakers come with Power laces which automatically tie themselves when the shoe is worn. Mark Parker, Nike’s President and Chief Executive Officer, summarized it all. Here are the examples: 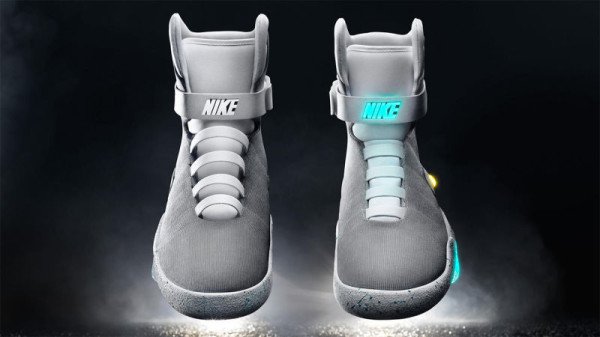 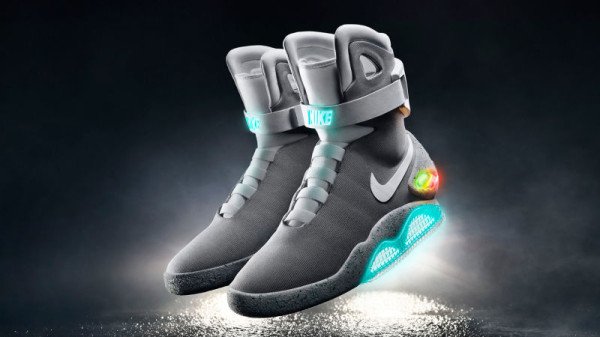