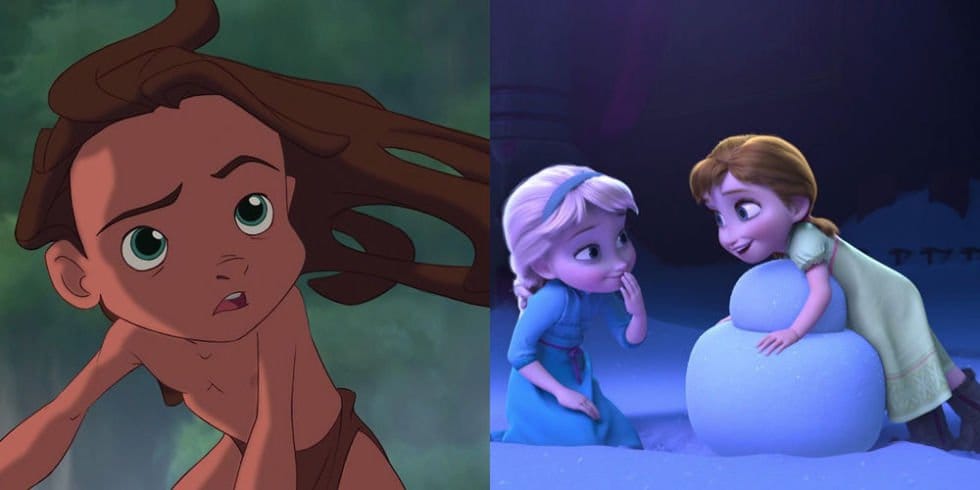 Hey everyone we are sure that you enjoy in every Disney animated movie and we all love the disney magic. The story of ‘Frozen’ captured the nation, sparking mass merchandise, themed parties and YouTube renditions.
The magic has became bigger when the director Chris Buck confirmed he believes Anna and Elsa to be the older sisters of Tarzan.
Last year, Frozen co-director Chris Buck revealed during a Reddit AMA that the king and queen of Arendelle, as well as their newborn “baby boy,” did not actually die after being shipwrecked. (Who knew they had a son?)

He said they washed up on the shore of a jungle and built “a tree house” before being “eaten by a leopard.” 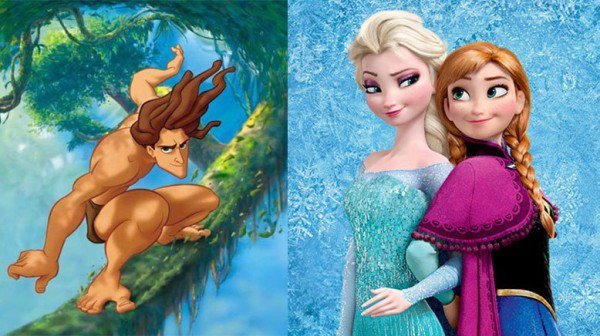 Buck’s description sounded like opening scene of 1999’s Tarzan, one of his other Disney movies. If that conspiracy theory proved true, Tarzan would be the long-lost brother of Princess Anna and Queen Elsa.

Buck told MTV News, “When you’re working on a feature, you have a lot of time to think about stuff because it takes four years to make one. Of course Anna and Elsa’s parents didn’t die. Yes, there was a shipwreck, but they were at sea a little bit longer than we think they were because the mother was pregnant, and she gave birth on the boat, to a little boy.” 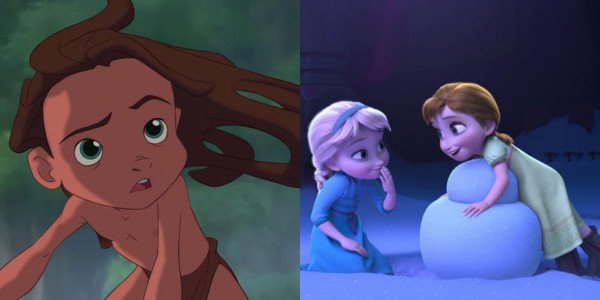 He goes on, “They get shipwrecked, and somehow they really washed way far away from the Scandinavian waters, and they end up in the jungle. They end up building a tree house and a leopard kills them, so their baby boy is raised by gorillas.”
“In my little head, Anna and Elsa’s brother is Tarzan… That’s my fun little world,” he finished.