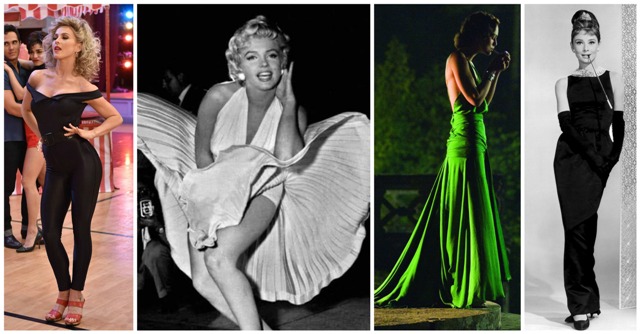 We all enjoy watching a movie with good story and chemistry between the main characters, especially when it is a love story. But , a good costumes play a big role in  making some film so famous. The connection between movies and fashion is exactly the costumes that the main characters wear. There are few costumes and dresses from movies that have left mark on the fashion forever. Bellow we present you some of our favorites . Enjoy them.

The most famous dress of all times , that one that was copied million of time after it appeared rod first time , that one that everybody has heard for and that has become part of every modern woman’ s wardrobe , is definitely the little black dress the wears Audrey Hepburn in Breakfast at Tiffany’ s . It was designed by the best designer ever seen in the fashion world, the one and only Hubert de Givenchy , and was worn in the opening scene of the Breakfast at Tiffany’s  . It is definitely one of the dresses ever horn in a movie story , that marked the fashion all over the world forever . 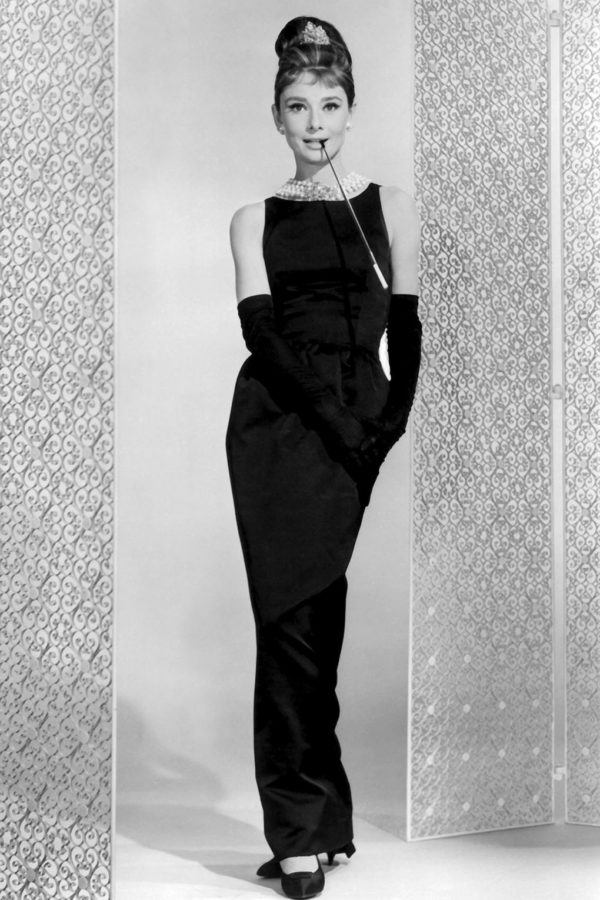 2.Cleopatra And Her Massive Jeweler

Is there something that refers to Cleopatra move than large  gold jewelry , graphic winged eyeliner and a seriously glamorous outfit ? Sure not . The trend of wearing massive jewelry is always connected with the character of Elizabeth Taylor in the famous story of Cleopatra . She has definitely became one of the movie stars recognized by one of the most memorable costumes ever worn on a TV . 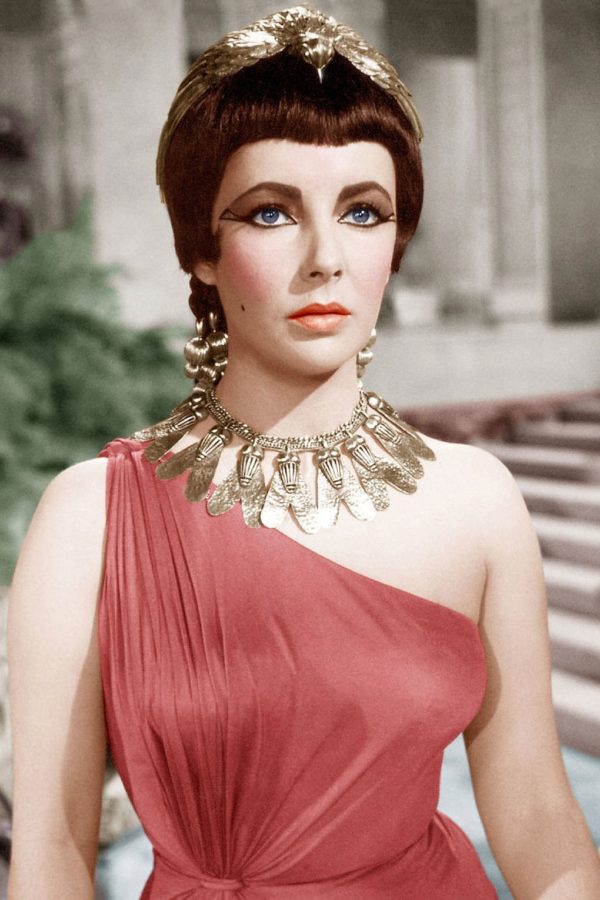 3.Carrie Bradshaw Is Silk White Wedding Dress In Sex  And The City

Is there anyone who doesn’t remember the white silk wedding dress that wears Carrie Bradshaw from Sex and The City on the day of her wedding. Despite the fact that the big leaves her jilted at the alter, the scene when she walks wearing that glamorous Vivienne West mood dress will always be written in everyone’ s memory forever. Wearing this dress  Sara Jessica Parker was looking as a real princess without any doubt . 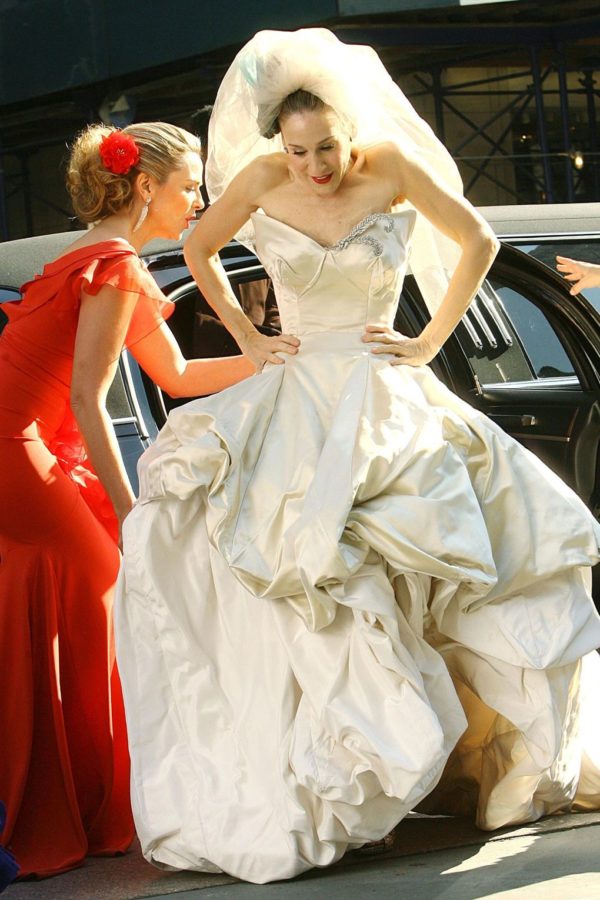 4.Sandy And Her OFF The Shallder Top In Grease

You should all surely remember the final scene of Grease, right ? Then you shouldn’t have missed the iconic and memorable transformation of Sandy and her perfect black outfit that a lot of women use to wear nowadays. The off the shoulder top and high –waisted belted trousers combined with red sandals are inspiration for night party outfits of a lot of modern girls ever today , so many years after the movie was played on TV.

5.Cecilia Talis And Her Smaragd Green Dress In Atonement

Do you remember the emerald green dress that Keira Knightly wears on the family dinner in Atonement ? Everyone does with its glamour color and style this dress has been recognized as one of the most powerful in all fashion world . The designer Jacqueline Durran has designed the perfect dress colored with the color of temptation , that reflects the transformation of Cecilia Tallis from a child to an adult. The dress itself evokes ideas of youthfulness , sexiness and playfulness, all completed with elegancy and glamour. 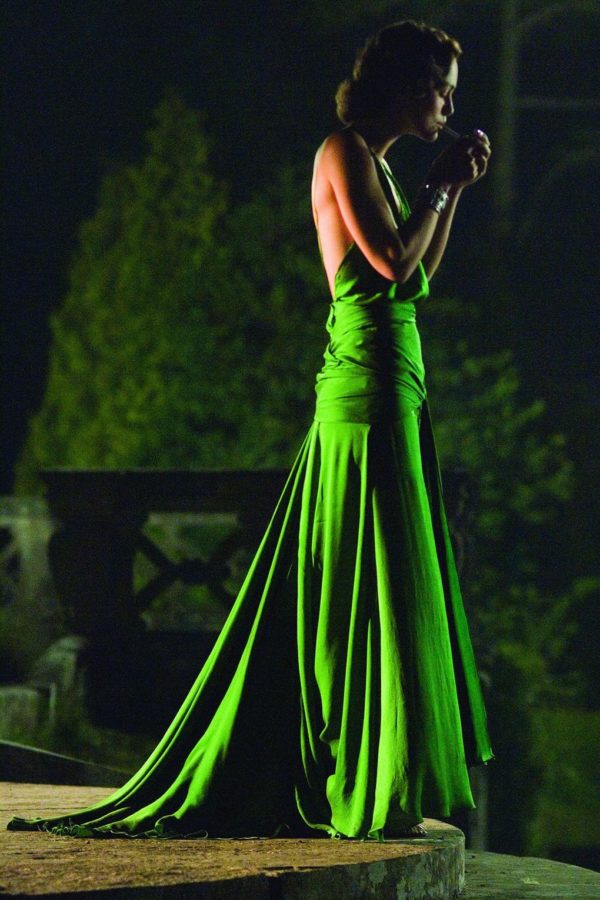 6.Mary Poppins’s  Scarfs And Hats With Her Umbrella

Do you remember the girl with the red scarf and floral hat? You can t miss her umbrella and bottomless bag too. Yes, that ‘s right. She’ s Marry Poppins and she is one of the women that plays role in a movie and that is so famous through the viewers  by the costumes. She wears in the movie . 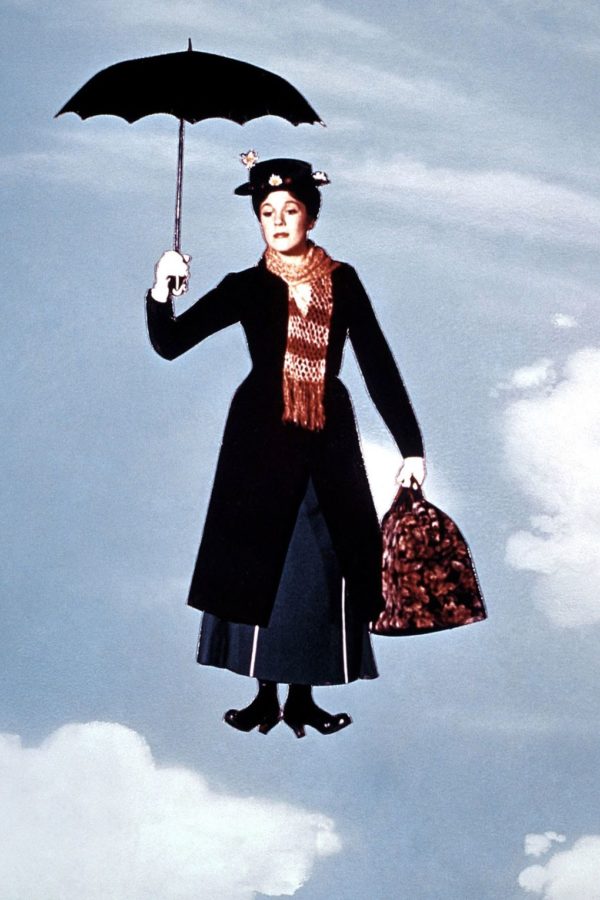 We all know how cold can Russia be right ? Thanks to the designer Wright – Knightley – Durran we have seen all the most stunning fur collars, scarves and headpieces that Anna wears in the famous Anna Karenina movie. The film itself is a drama that no one shouldn’t  miss , but by adding such costumes as those Anna wore added more glamour and drama to the whole story line and helped to emphasis  the rise of Anna and her character in the eyes of her lover Count Vronsky. There s definitely no one in the world that don’ t remember the scene with the white billowing dress of Merylin Monroe in The Seven Year Itch. That is perhaps one of the when we hear the name of Merylin Monroe. Designed by William Traxilla, this dress is one of the dresses that has marked the movie industry forever. 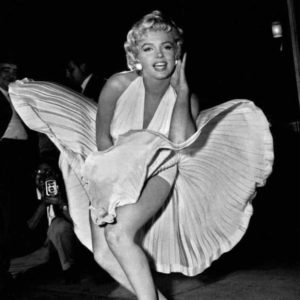 THE EXCELLENCE OF THE DISTRICTS AND ITALIAN TEXTILE PRODUCTION

The dilemma of short or long vintage dresses: Which should I wear?

How To Treat Sunburn Naturally