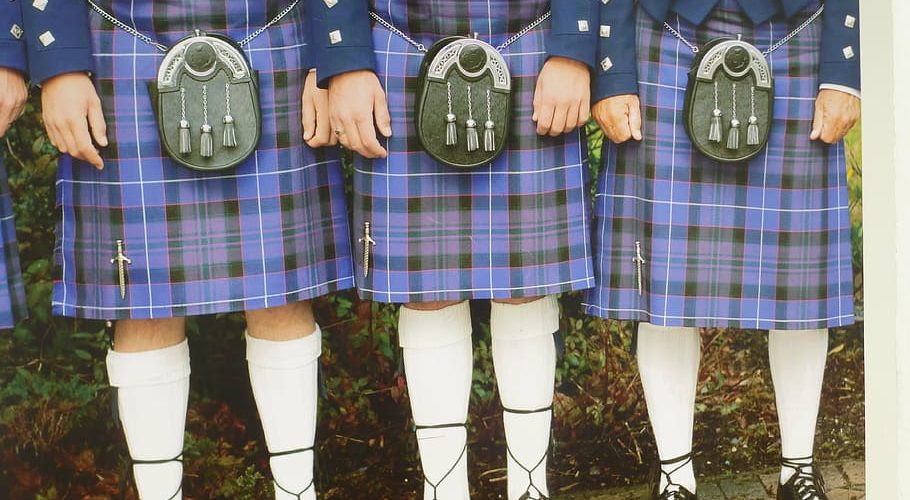 What Is The Significance Behind Wearing A Kilt?

The name ‘kilt’ is derived from the ancient Norwegian word ‘Kjilt’ which means pleated. A kilt is a garment that resembles a knee-length skirt made of tartan pleated cloth usually tucked up and around someone’s body. It is usually worn by Scottish men. The kilt traces its roots back to the year 1538 where it was worn as a full-length garment by the Gaelic-speaking Scot Highlander men. The knee-length type of kilt that’s common today was introduced in the 18th century.

Having known what a kilt is, here is the significance of wearing it:

Anyone who has a Scottish ancestry knows that the kilt acts as a symbol of honor in the clan where an individual belongs to. This dress was only accessible to those who were fighting in the army. Before the year 1972, anyone in Britain or the Lowlands who desired to wear a kilt had to first join the army in order to get access to it.

This was so because the kilt allowed the Highland army men to move more swiftly. The English people had the fear that a revolution would be triggered if everyone apart from the army men was allowed to wear the kilt hence the reason why it was only limited to the soldiers.

Kilts are more than just a covering. They allow the men who wear them to move more freely more so within the Highlands of Scotland, an area where the weather tends to be quite damp. Being that it has strong wool that’s tightly woven, it creates a barrier between the human skin and the rain.

When the ancient armies went to war in Scotland, the pleated kilt served to protect the soldiers in a much similar way as an armor would protect them. During the cold nights, the kilt could easily be removed. It could then be spread out to form a blanket that could keep the soldier warm. If the soldier needed to move at a much faster pace, he could easily adjust it and move with speed.

In this day and age, the kilt serves as the national Scotland dress that’s widely embraced and worn by many people. The different plaids commonly seen time and again are colors of the specific clan that the person wearing it belongs to.

There are 3,500 unique tartan family plaids. A single garment takes around 20 to 25 hours to make. The kilt is mostly handmade. The tartan pattern must never be broken. Each kilt has between 25 and 34 pleats in it.

The kilt worn today is quite small in size compared to the one worn by the Highland soldiers in the years past. It, however, still induces a feeling of pride to those wearing it as they have that feeling of being true and proud Scotland natives.

The kilt is worn with deep respect. It is quite trendy and invokes a strong unrivaled fashion statement. This is a garment with a powerful history behind it. As such, it carries great value. It can be said that the kilt is a generational cloth that will live forever.

Believe it or not, you can still get a kilt today! All you need to do is to head over to Kilts n Stuff and take a look at the different kilt varieties available on offer.