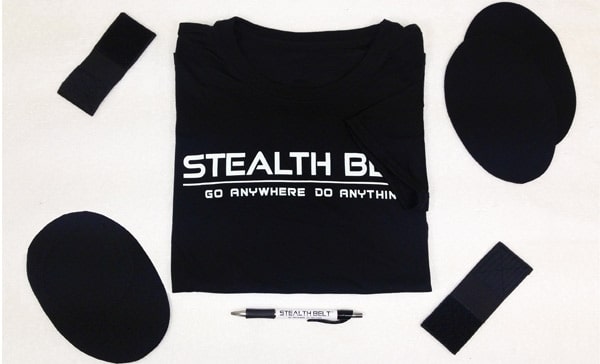 WHY YOU SHOULD HAVE A STEALTH BELT

From the title, you probably know what’s going on and what we’re talking about. Don’t worry, you’re still in the right place if you don’t. I’ll tell you everything you need to know and why it would be beneficial to you if you owned one.

All you need to do is stick around to find out more about this interesting topic. With that, let’s get right into it.

What really is a Stealth Belt

First things first, you need to know the instances that will lead to you owning a Stealth Belt. And no this is not a device that will magically turn you into a ninja with all that stealthiness involved. Instead, this is a custom made belt that is used to hold discreetly and securely your ostomy or colostomy appliance.

Are colostomy and ostomy belts an accessory? Well, that utterly depends on you, but before I get into that, you should know that the only reason for one to need a Stealth Belt is if they have a stoma. This is an abdomen opening that can either be connected to your urinary system or your digestive system, to allow the diversion of waste from your body. A pouch that’s either close ended or with an opening at the bottom, will be put over your stoma, for the purpose of collecting the waste.

Since a Stealth Belt is only worn if you have a stoma, here are some of the reasons why you’d get a stoma:

Note that depending on the cause, a stoma can either be short-term or long -term. Now that you have a general idea of what a Stealth Belt is used for, let’s look at some of the benefits of owning your very own Stealth Belt.

The benefits of owning a Stealth Belt

Owning a Stealth Belt has its own perks, and some of them if not all, will most definitely come in handy. The benefits run from what I call the light ones to the very complex ones and in just a few seconds, I’ll give you an overview of both.

I call these types of benefits light ones, because as much as they also help big time, they are less complex. Some of the light benefits are:

In this case, a belt is useful when the borders to your flange lift prematurely and if you’ve been having leaks that have been rather consistent than inconsistent.

A belt will help in tugging the pouch system to your abdomen, hence preventing the leaks or the lifts that you may have experienced.

Having the pouch system alone may sometimes cause a bit of insecurities as one might be skeptical of his/her own surroundings. This comes with the thought that your pouch system isn’t secured properly.

Stealth Belts come in handy as they help in securing the bag. Sadly, this doesn’t involve money but is all about helping put your pouch system in place thus boosting your confidence.

If you love swimming, then you are definitely in luck as a Stealth Belt is indeed waterproof. That’s great news right? However, you should consult with your doctor on the best times to swim, or you know, just having  physical activities in general after surgery.

The good thing with Stealth Belts is that they accommodate any type of lifestyle, be it an extremely sporty one or just a chilled one. They provide comfort as they help in the prevention of shifting or movement of your ostomy bag which will in turn cause skin irritability around the stoma.

The belt helps in keeping the bag as flat as possible hence preventing the irritability that might be gotten.

This benefit has been categorized here as a result of their complex nature. And this is:

Sometimes, the skin and stoma characteristics will determine the kind of pouch system that will be used.

In the case where you require a pouching system that’s convex, the belt will help in pulling the system towards the abdomen, thus increasing the tension that’s between the flange and the skin.

All in all, take good care of yourself, and your body in general and always have in mind the ones that are around you. Don’t be too hard on yourself, you’re trying your absolute best.

Designing a Cosy Home Environment for the Winter Months

5 Skincare Tips to Slow the Signs of Aging

Reasons why should you wear exercise clothing once you work out