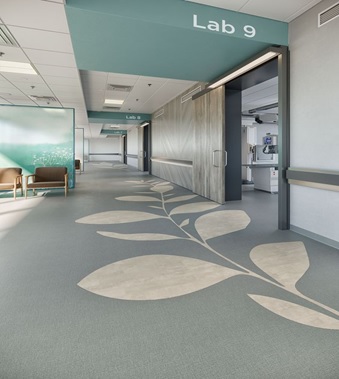 5 Ways The Medical Industry Will Evolve

The medical industry is responsible for any health-related good or service in this world. MEdicine has been around since the dawn of time. Mankind has always needed medical care in one way or another. Thus, medical science emerged at the very start of mankind’s evolution.

Ancient pharmacology was mainly dependent on an understanding and knowledge of local flora and fauna. The tribal allocation of people saw the role of a doctor or healer become a “niche occupation”. There was also an aspect of Shamans. Many cultures believed in shamanic rituals for healing. However unrealistic they may have been, they did have a placebo effect on the people at that time.

There is no doubt that the medical industry today is as different as night and day in comparison to its past. The improvements in the standard and vastness of medical treatments can not be ignored.

In this article, we will try to get a look into what the future holds for this industry.

It is believed by many experts that artificial intelligence is the future of the medical industry. Algorithms can mine medical records, detect symptoms and create a treatment plan much faster than any other actor. Google’s Deepmind is a perfect example of such a product. It was designed for breast cancer analysis. The AI outperformed all radiologists by an average of 11.5%. This is just one example of many such testings.

With every passing day, the field of AI is advancing tenfolds. The day is not far when we will be using the help of Artificial Intelligence to treat and detect diseases.

Virtual reality is one of the most promising technologies being developed right now. It helps you develop a virtual reality around yourself. As much as VR is used for entertainment purposes, its practical applications are significant as well. Virtual Reality is being used in medical colleges to help surgeons of the future practice surgeries. Studies have shown that VR-trained surgeons had a 230% boost in their medical performance in comparison o traditionally trained surgeons.

Not only is it helpful for doctors, but it is also helpful for patients as well. Pain management is being made easier by using VR headsets to show patients soothing landscapes and sceneries.

Another great concept for the future is healthcare tracking. It will function much simpler than the health apps on your smartwatches or phones. However, these will track and store data which can then be useful in case of medical emergencies or accidents.

Sometimes fiction can become reality. A medical tricorder was first shown in Star Trek. Dr. McCoy scanned a patient with a handheld portable device and he was immediately diagnosed. This machine or device seems to be something out of a doctor’s dream. However, it is no longer a dream. There are some similar devices such as Viacom Checkme Pro. It can measure ECG, oxygen rate, temperature, blood pressure, and many more similar functions.

Although there is still a long road ahead, progress is evident. Hopefully, soon we will have such machines at our disposal.

The medical industry is one of the most regulated in the world and it is rightfully so. There is a need for proper regulations to ensure the cleanest environment for the production of medical products. In the future, medical device injection molding companies will play a bigger role in the manufacturing of medical products such as instruments and containers. Companies such as https://www.levapack.com/ are already providing state-of-the-art packaging machines.

Similarly, in large-scale medical plants, proper regulation of pressure and other components is necessary. For example, we would recommend ordering pressure valves from a valve manufacturer in Ahmedabad. Safety is important and needs to be provided in every industry there is.

The world is shifting towards a global health care industry. In the past healthcare has been dependent on the country and its sources. However, with the sharing of resources during the global pandemic, countries have become closer. There is no doubt that we are living in revolutionary times. The actions taken today will dictate the future of the health industry. One thing is certain though. The medical industry will continue to strive forwards and achieve further advancements. After all, it is mankind’s instinct to take care and look after themselves.