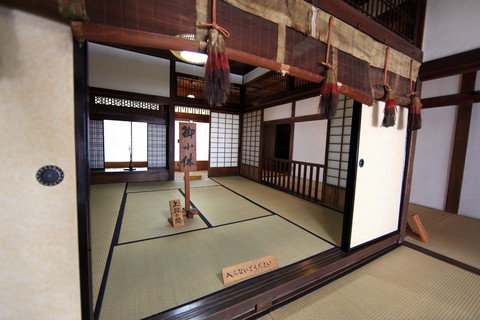 If you are at the point of remodelling your apartment, you probably encountered at least once names like, for example, modern style kitchen cabinets or industrial style tv units. However, all you did was scratch your head in confusion because you had no idea what it meant.

It’s time to put an end to that. Below, you will find the explanation and characteristics of the twelve most popular interior design styles. So let’s get started, shall we?

Even though this style had its heyday between the 1930s and 1960s, it is still used and appreciated by many contemporary interior designers. The characteristics of this style are clean lines, natural shapes and creative use of different materials, such as aluminium. In this style, functionality is essential. Space should be uncluttered and with minimal ornamentation.

When it comes to the colours, this style often tends to combine darker neutral tones with saturated accent colours. Also, it uses the 60-30-10 rule, which means that the colours should be divided in a way that 60% is the dominant base colour, 30% secondary colour and 10% accent colour.

“Less is more” is the perfect way to summarize this style. Some of its main characteristics are the lack of decoration, use of functional furniture and geometric shapes. Correct division of space is significant. In a minimalistic room, all personal objects should be hidden, and only useful items should be kept on the table and surfaces.

When it comes to the colours, the most common is using a combination of a maximum of two basic colours – in most cases, it’s the combination of white and graphic grey, or black and white.

Its main idea is that ‘form follows function’, which means that everything that doesn’t have a functional purpose should be eliminated. A house that is designed in a modern style usually has a simple colour palette, clean lines and uses materials such as metal or steel. Simplicity is the key.

The Industrial-designed rooms, often give an impression of being unfinished – it’s not uncommon to see exposed wood or brick. Its purpose is to make you feel as if you were actually in a turn-of-the-century factory. The industrial style is characterized by a mix of the old and the new. The easiest way to achieve that is by mixing old-looking wood and metal in your design.

When it comes to the colours, you probably will not see any bold ones. Usually, the industrial style uses neutral tones. The dominant colours are often not black and white, but brown and tan. Natural colours are also neutral.

Scandinavian style is not only about using furniture from Ikea. In Scandinavian-designed homes, the focus is put on minimalism and achieving functionality without the need to sacrifice beauty. Light coloured wood is often incorporated, especially when it comes to the flooring.

The Scandinavian style typically uses light colours – a very popular choice is white, with a pop of colour here and there. The reason is that winters in the Scandinavian countries tend to be very long and dark, so using these colours helps in keeping the interiors bright throughout the whole year.

Transitional style in interior designing connects modernity with tradition, and it’s been trendy lately, especially among the millennial generation. On the one hand, you have the comfort and warmth of the traditional style, and on the other, you have the clean lines and simplistic nature that characterizes the modern style. Perfect balance.

If we’re talking about colours, the base should be neutral. However, choose light greys and tans over black or browns. Don’t be afraid to mix and match, or add pops of colour – but remember that in the end, the interior has to give a feeling of serenity.

The idea of this style is to create an interior that will be rustic, but at the same time, chic. It takes inspiration, as the name suggests from the French countryside. In contrast to, for example, minimalist style, here a pattern is a must, as it adds character to the interior. Also, the accessories are very much welcomed.

When it comes to the colours, the word that would describe it would be ‘warm’. Warm shades are used to create a welcoming atmosphere. Blacks and greys are also used, but not as a primary colour, but to bring contrast to the bold colour.

Understanding the differences between various interior design styles can help you in finding one that will be perfect for you. Also, remember that you don’t have to stick to just one style – don’t be afraid to mix them, as professional interior designers do. In the end, it’s your home, and you’re the one that should feel comfortable in it, not others.

How to Choose a Beautiful Evening Dress