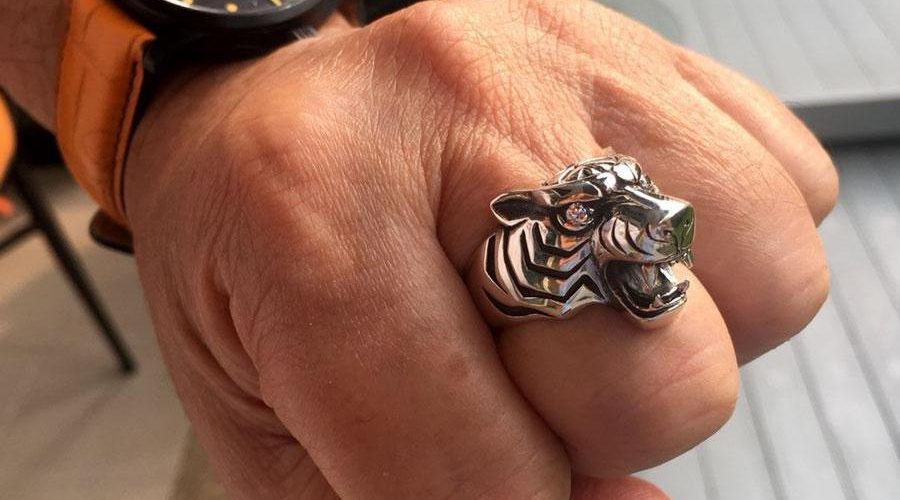 Significance of Tiger Rings for Men and Women

From antiquity, animal images have been decorating rings and other types of jewelry. Until recently, they were mainly engraved or their silhouettes were cast. However, the latest trends in jewelry fashion have given us rings with a three-dimensional and sculptural representation of animal figures and their faces. 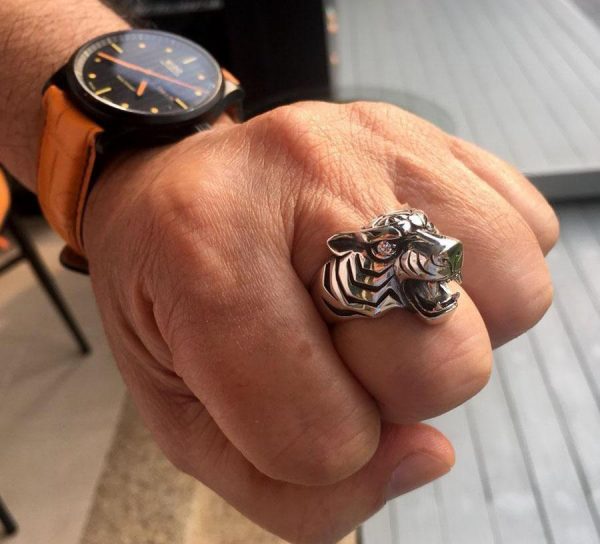 In Europe and Africa, the king of the jungle is considered to be a lion. However, in Asia, the “throne” is occupied by a tiger. There is even a Chinese legend saying that the striped predators guard the 4 sides of the world as well as its center. No wonder that this mighty predator is a popular motif in jewelry. In this post, we are going to trace what a silver tiger ring means, especially when worn by a man and woman.

What Does Tiger Rings Signify?

There are many types of ‘feline’ rings depicting tigers, lions, panthers, domestic and wild cats. Their particular meaning depends on a specific animal. For example, tiger rings represent courage, speed, stamina, strength, and grandeur. Tiger rings are a more common choice among men. A guy wearing a tiger symbol on his hand as if declares his supreme status and confidence in his strengths and capabilities. Such a ring will suit physically strong and well-off men. It is also believed that tigers patronize married males.

Men incline to tiger rings that reveal the wild side of this predator cat. Tigers are often portrayed roaring, with a predatory grin, or ready to jump on their prey. Such images symbolize the internal threat that ring bearers try to project on others. Men tend to physically suppress competitors; that’s why they gravitate towards aggressive representations of animals.

Women, on the other hand, choose more relaxed images. A sleeping or playful big cat resting on an elegant finger tells others that her behavior can be as unpredictable and independent as that of this animal.

Despite representing strength, rage, protection, and somewhat male energy, tiger rings will suit ladies, too. In Thailand and South Asia, for example, a tiger is an accessory for pregnant women. It is believed that when the father of a child is not nearby, a mother-to-be can save herself from adversity by putting on an amulet imbued with male energy.

On top of that, with tiger rings, girls try to emphasize the duality of their nature. Everyone knows that women have mysterious personalities. Black stripes on the skin of a tiger are a sign of dark forces, hidden energy, magic, and other mysterious phenomena. Golden stripes, on the contrary, are a sign of the sun and light energy. Therefore, the striped cat can become a loyal companion of a mysterious woman.

A pose of a tiger on a ring can tell a lot about its owner. For instance, a crouching tiger is a symbol of grace, hidden power, and wisdom. Sleeping tigers are associated with the peace of mind, home, and the world. One more sought-after ring design features cubs. A predator cub is innocent, vulnerable, and seeking protection from its mother. With such a ring, a woman emphasizes her love for her children and willingness to protect them.

As for men, they enjoy grinning tiger rings. They signify rage, aggression, determination to defend oneself, family, and homeland. A person that stops at nothing opts for rings depicting a tiger with a skull in its mouth or blood flowing from its fangs. A tiger head ring may also be a sign of zealous guys and ladies’ men.

What are the benefits of second-hand clothing?