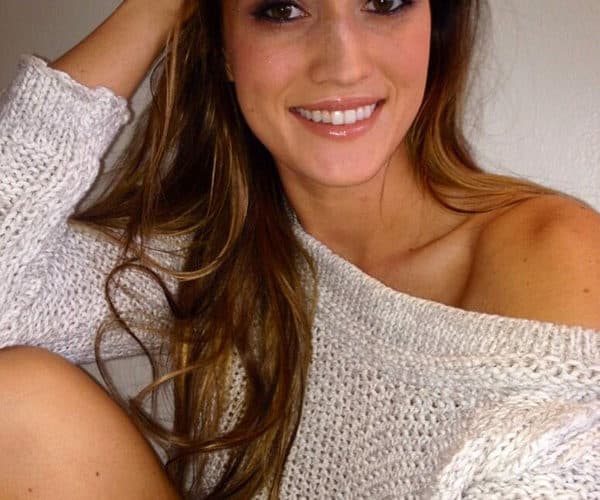 All Facts about Jade Roper

Jade Elizabeth Roper, now Jade Elizabeth Tolbert, was a contestant who appeared on the 19th season of ‘The Bachelor’ and was rejected by her love interest Chris Soules. She later appeared on the second spin off season ‘Bachelor in Paradise‘, which she eventually won. She married Tanner Tolbert 4 months after their engagement.

Jade was born on December 19, 1986 in Denver Colorado but lived much of her life in Nebraska. The daughter of Laren and Kim Roper, the TV reality star schooled at Gering High school and later at Western Nebraska Community college. She also attended Cordon Bleu College of culinary art, Las Vegas. She subsequently moved to L.A where she worked as a Cosmetician.

Jade Roper first ventured into modeling before she appeared on television reality shows. Besides modeling, Jade was a cosmetics developer in L.A and served as a business manager during her time with Altruistic Cosmetics. She also worked as a Phlebotomist for a while. At some point, she modeled for Playboy before she appeared on ‘The Bachelor’ Season 19.

In her first appearance on the show, Jade was denied a rose by co-bachelor contestant Chris Soules. Whether Soules’s rejection of Jade was down to her Playboy past remains unknown but on ‘Good morning America’ days later, Jade said she didn’t expect him to reject her after he took a trip with her to Nebraska to meet her family. They both had similar childhood experiences and both grew up on a farm. Chris agreeing to visit her family in Nebraska probably made her believes that they were actually going to be a permanent item only for the young bachelor to reject her the following week.

Jade appeared on the Bachelor’s spin off show in 2015 with 28 other contestants from previous ‘The Bachelor’ and ‘The Bachelorette seasons’. She was one of the favorites to win the spin-off show after coming so close in the season 19 edition. She won ‘Bachelor in Paradise’ Season 2 amid tough competition from rivals after receiving a rose from Tanner Tolbert. Their coming together was a huge success story for the hosts and when they finally tied the knot, it was done amidst heightened media paparazzi. After their fairy tale wedding, the show experienced a tremendous upsurge in ratings not seen in a very long time. The couples appeared on the front covers of lifestyle and entertainment magazines and were poster couples for subsequent Bachelor shows

Sometime in February, Jade was forced to react to criticisms over pictures she uploaded on Instagram of her snuggling her 5-month-old daughter Emerson who was lying asleep on her chest after being breastfed. She also had to react to a second picture of her covering her baby in a restaurant when breastfeeding little Emerson. Many people on social media criticized her for setting a standard that was impossible to live up to due to her use of make-ups and for the second, many felt it was wrong to cover up a baby during breastfeeding. The new mother defended herself insisting that for the first picture, she had a photo-shoot the previous night and didn’t wash the make-up off before going to bed and for the second one; she insisted that covering the child was what she was comfortable with.

Rumors about a Fake Relationship with Tanner Tolbert

After winning ‘Bachelor in Paradise’, Jade engaged co-bachelor Tanner Tolbert and they got married in 2016. A year later they had their daughter in August, 2017 named Emerson Avery.

After winning the ‘Bachelor in Paradise’ contest, rumors were rife in the media that her relationship with Tanner was staged manage by show organizers to give the show credibility. The rumors would eventually be put to rest after they tied the knot 4 months after their publicized engagement.

The media was agog in March 2016 when she revealed that she had suffered sexual assault in her younger years after watching Lady Gaga’s performance at the Oscars. She claimed to have been raped by two men late at night when her parents were out looking for her at the time. Her dad returned home to find his daughter crouched on the floor weeping with just her undies on. Her revelation sparked further debate in the U.S over issues regarding rape and a section of America’s apparent trivialization of rape and the victimization of rape victims.

One of the highlight moments of ‘The Bachelor’ Season 19 was when Jade Roper revealed to  Chris Soules that she had modeled for Playboy which made her a topical issue for discussion in the American entertainment scene for a while. Her revelation on the show generated a lot of internet searches for her playboy pictures.

How much Jade earns from her media engagements is relatively unknown but it is fair to say that she earns significant sums from modeling and her cosmetic business.

Jade Roper is very active on social media and commands a huge following with over 960,000 Instagram followers and 189,000 followers on Twitter. She has a YouTube channel with 24,000 subscribers.

Choose Perfect Jewelry For Your Outfit