The Hidden Meanings Behind The Most Popular Jewelry Symbols

People have a long tradition of wearing jewelry. In the beginning, people used to wear jewelry to represent their faith or culture, or as amulets for luck and protection. Today, most people wear jewelry for fashion, although there are still people wearing it for the reasons listed above. We all use to wear some pieces of jewelry, and most of us buy and wear the ones that best represent our taste, personal style and fashion style. But, have you ever asked yourself about the meaning of the jewelry symbols we wear? There is some meaning behind every jewelry symbol that most people don’t even know or pay attention to. Read the meanings of some of the most popular jewelry symbols nowadays. Find out if your favorite one is between them.

A birthstone is a precious gem that marks our mouth of birth. Most of the people believe that the birthstone possesses special powers and have the ability to bring love and luck in their life. That is why they wear jewelry pieces with their birthstone, believing that it will bring them moments of prosperity. Each birthstone has a unique meaning whose roots date from ancient beliefs. You can find your birthstone or your loved ones on the Internet, and get yourself one or make a special gift for the people you love. 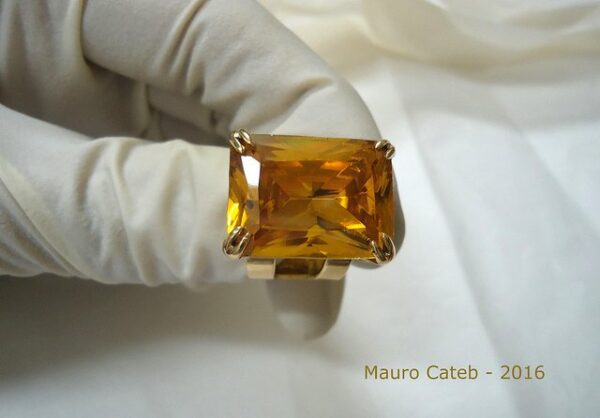 The circle is a sign that symbolizes eternity, life, wholeness, and perfection. That is why most people believe that giving someone a circle pendant will symbolize the eternal love and commitment you feel for him/her. One of the best-known circle symbols is the ring. That is indeed one of the reasons why the couples who get married exchange rings to each other. The promise of an eternal love that they give to each other is the best symbolized with a circle. 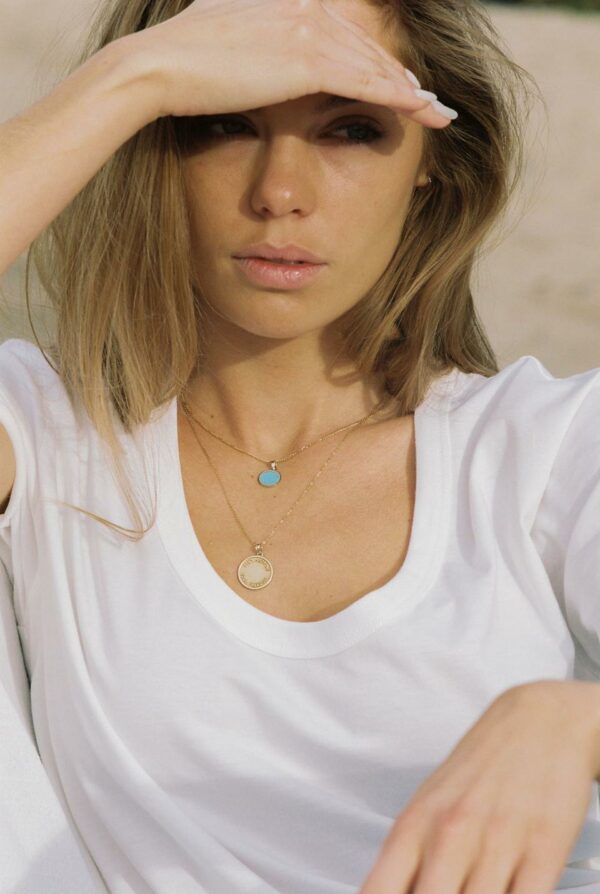 The engagement ring symbolizes love and commitment between two people, and their intention to get married soon. The future groom gives it to her better half during a proposal. The symbol of the engagement rings originates years ago. It is believed that it originates from a Roman custom. In the past, the prominent families from Rome used to give gemstone rings to the future bride to be when they arranged marriages between young people. In 1477, the Archduke Maximillian of Austria was the first one to give a diamond ring to his future wife, Mary of Burgundy. 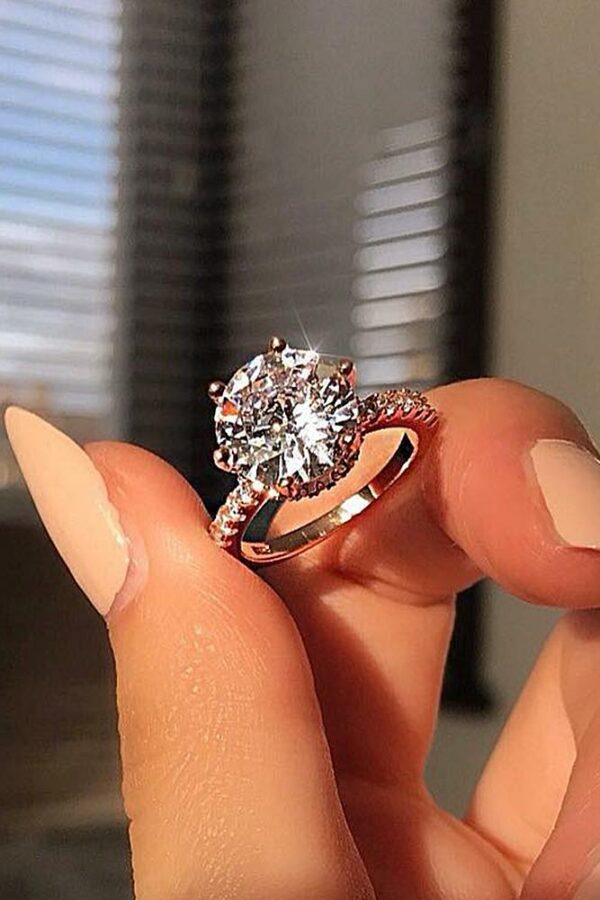 The cross is a symbol that is most associated with Christianity. For that reason, you can see many people wearing cross necklaces as a symbol of their faith. However, there are also people wearing it as a fashion accessory. There are several variations of the cross jewelry symbols, representing different meanings. Some of the most popular among them are the following ones:

Also, it is believed that apart from the Christian symbolism, the cross represents the four world directions: north, east, west, and south. Some beliefs are that the cross symbolizes the four most important elements: the earth, the fire, the air, and the water.

Hamsa is a symbol that originates from Middle Eastern Culture. It represents the Hand of God. Many people believe that it protects from the evil eye. Also, there are people believing that it brings luck, health, and love. Hamsa comes in different styles, but, the most famous of them all is the one with the evil eye on the palm. The evil eye is a single blue eye made from enamel or gemstones. The evil eye is believed to be a protective amulet against evil forces. The Hamsa and the evil eye are very popular today. Many people wear them both as an amulet and fashion accessories. 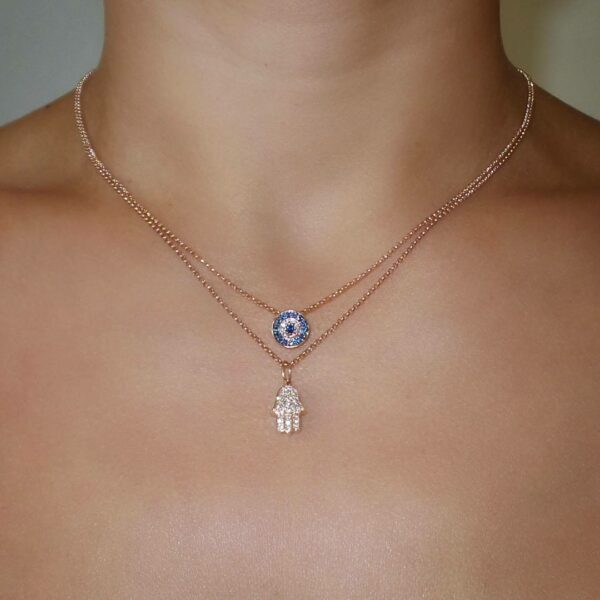 It is considered that the one who finds four-leaf clover will be destined for a good future. The meaning of jewelry symbols such as three-leaf clover and a four-leaf clover is luck. It originates from Ireland and is believed to represent faith, hope, love, and luck. 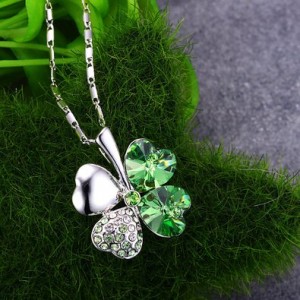 Hearth, more than anything else is the symbol of love. It symbolizes both the love in a romantic sense and the affection between families and friends. This symbol originates from the middle ages, but it has gained its biggest popularity during Queen Victoria’s era. Hearth shaped jewelry became so fashionable pieces then, and are one of the most fashionable jewelry symbols even today. 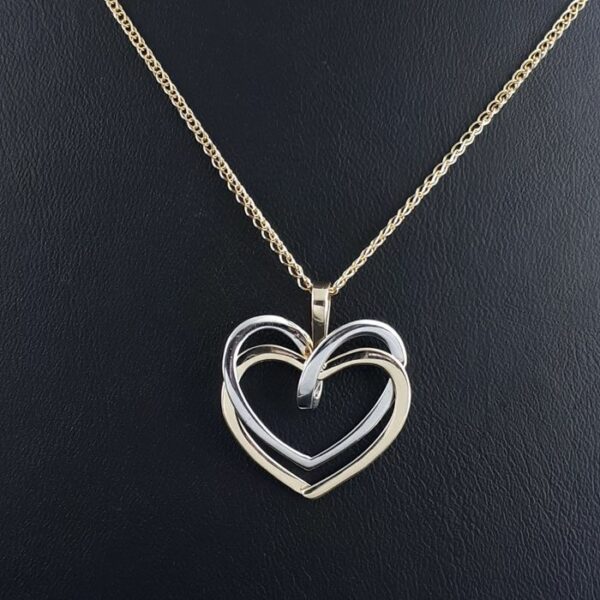 The infinity symbol is a mathematical symbol looking like the number eight lying on its side. This symbol has no beginning and has no end. Infinity symbolizes eternity. That is a symbol for things that never end. If you want to show someone your love you and the friendship you feel for him/her will never end, then an infinity symbol is one of the best jewelry symbols to choose for a gift. 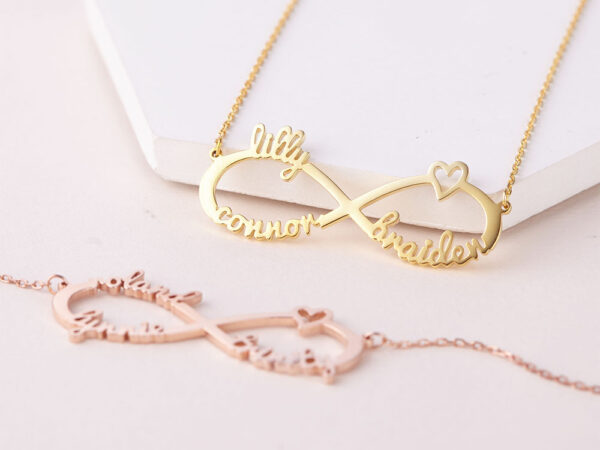 7 Tips for Streaming Your Wedding