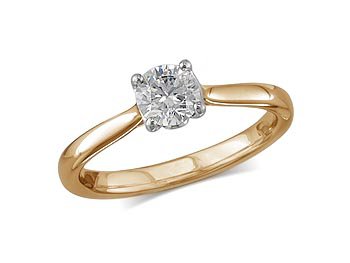 Top 5 Most Expensive Celebrity Engagement Rings of All Time

Diamond engagement rings have been used for well over 500 years as a symbol of love and betrothal. But if you think rings over the million dollar mark are a recent trend, think again. The earliest recorded use of a diamond engagement ring goes as far back as 1477 to Arch Duke Maximillian of Austria who gave his intended, Mary Queen of Burgundy, a ring featuring diamonds in the shape of an “M.”

The engagement ring of Queen Elizabeth II is said to be priceless. Given to her in 1947 by Prince Phillip, it is made out of diamonds from his mother’s royal tiara. From royals to modern day uber celebrities, engagement rings for the super-rich are certain to dazzle. Money may not be able to buy you love, but it can purchase one incredible diamond ring

Let’s see who got the most bling for their buck as we count down the top five most expensive celebrity engagement rings. 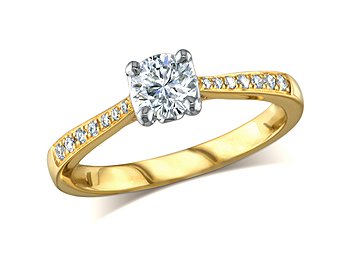 4. Grace Kelly. According to Allurez.com, Prince Ranier III of Monaco purchased a second engagement ring after finding out that women in Hollywood wore large fashionable diamond rings. Princess Grace sported an emerald cut 18.4 carat Cartier ring that is worth $4.6 million.

3. Beyonce. Music super stars Beyonce and Jay-Z married in secret in April of 2008. The ring that Jay-Z “put on it” is an 18 carat flawless emerald cut diamond worth $5 million dollars. They don’t call her “Queen-Bey” for nothing.

2. Kim Kardashian. When rap titan Kanye West popped the question to reality star Kim Kardashian, he presented her with a D flawless cushion cut $8 million dollar ring by Lorraine Schwartz. West had a few caveats when purchasing the ring. He made clear that it was to be a Kimberly registered non-conflict diamond. Click the link for information on Kimberly Process.

1. Elizabeth Taylor. With a jewelry collection worth an estimated $150 million dollars, diamonds were definitely Elizabeth Taylor’s best friend. The starlet was married 8 times to 7 different men — all of whom lavished expensive jewels upon her. But the ring she wore most of her life is known as the “Burton-Taylor Diamond”. Purchased by her great love Richard Burton, the 33.19 carat ascher cut, potentially flawless diamond is world renowned. According to Forbes.com, the ring sold at auction for $8.8 million, which is nearly three times the initial estimate.

Websites like Portfolio of Fine Diamonds can be a great starting base when looking for engagement rings online and can be a great source of inspiration as you begin your journey in finding that perfect ring.

Some Facts To Know Before You Get Botox

Unique Gifts for Your Friend Who Just Got Engaged

Jewelry Items That You Can Borrow from Summer 2019

Jewelry Items That You Can Borrow from Summer 2019