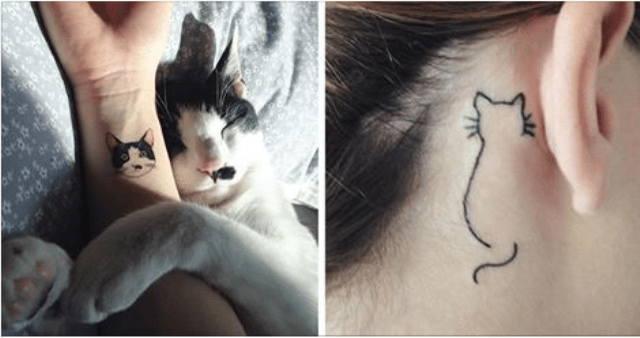 Why We Get Cat Tattoos Guide

People absolutely love cats. So, it is not a surprise that they choose to get cat tattoos. Any cat lover would rather jump at the chance of getting any kind of cat tattoo instead of any other kind of tattoo. Cats are one of the most unique animals on Earth. Their look, as well as their personalities, is what makes them so unique and different than other animals. There are some people who prefer to get their own pets tattooed on their skin. This is a way to have the animal with them all the time. Others, on the other side, have some favorite species of cat that they would pleasantly choose for their newest tattoo idea. And not to mention the fact that most people choose cat tattoos just because they find some common personalities between them and cats in general.

Below, explore everything you need to know about cat tattoos. We are sure that after reading this article this kind of tattooing will be at the top of your wish list when planning your next tattoo. 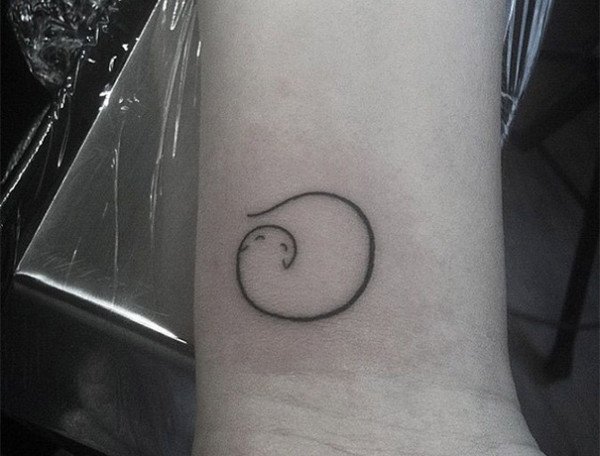 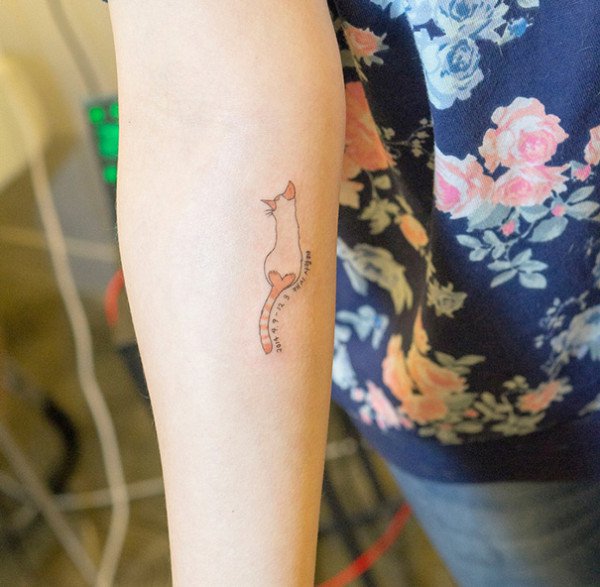 The trend of tattooing cats

Have you ever wondered why people choose cat tattoos? The answer is simpler than you could ever imagine: it is called cat love. Cat tattoos are considered to be one of the best ways cat people like to show their affection for their little pet friends.

These may be the main reasons, but in fact, there are many well-documented reasons and myths as to why people choose to tattoo cats. Before we mention some of them, let us give you the scoop on the history behind one of the most popular tattoo ideas ever. 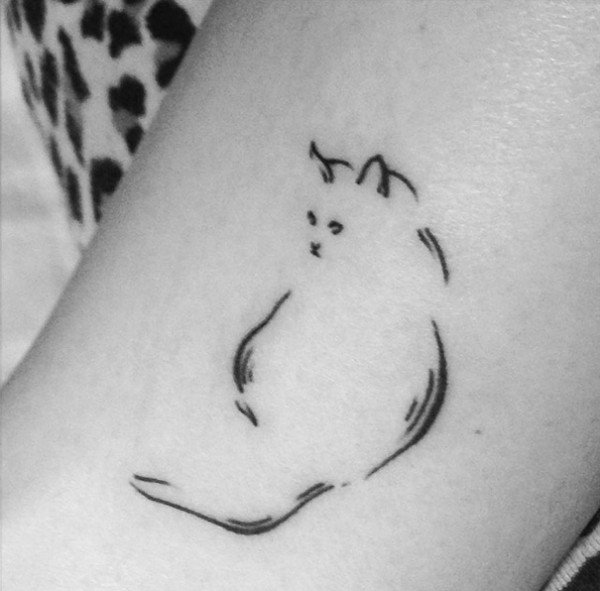 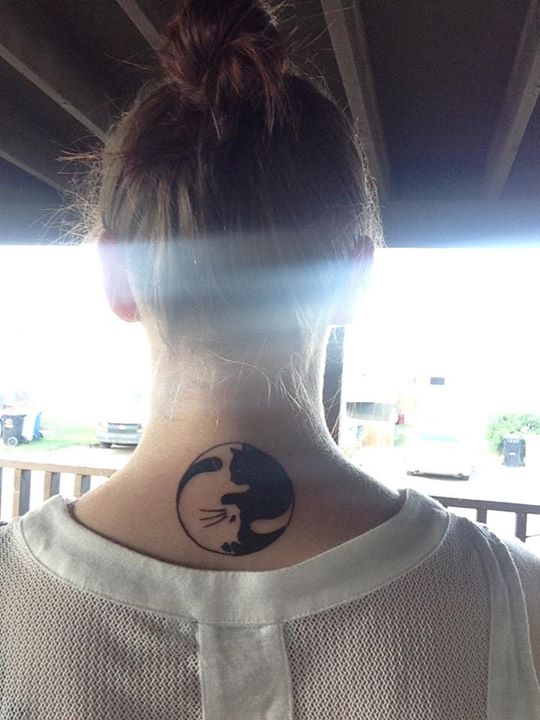 The history of cat tattoos

As one of the earliest domesticated animals, cats have always had a place in the lives of humans. That makes them one of the objects that people from the earliest Age celebrated in cultural symbolism such as paintings, drawings, and murals. 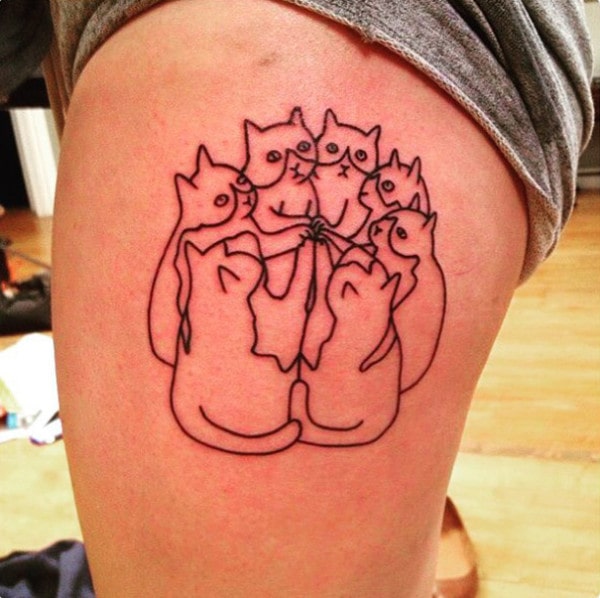 That makes us resume that cat tattoos have been around us for thousands and thousands of years. However, the reasons why people choose them rather than other types of tattoos go further than the love people feel for the animal itself.

There is no shortage of reasons why we love cats this much, but not everyone who loves them gets a permanent cat tattoo on their bodies.  Here are listed some of the reasons why people do choose cat tattoos. 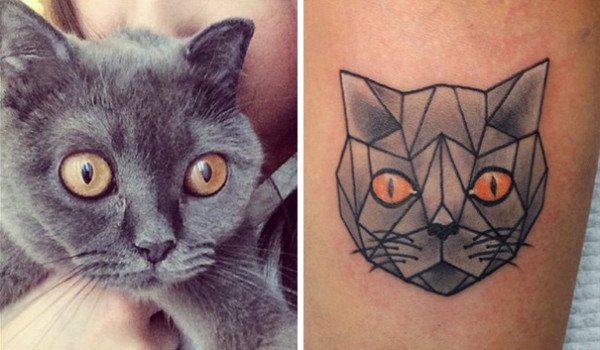 Why do people get tattoos of cats?

There is an endless number of reasons why a person might get a tattoo. Well, below we have selected some of the reasons why people choose to get a cat tattoo. You have already heard about some popular tattoo signs and their symbolism. Here are some of the myths and beliefs that are most common for a cat as a tattoo symbol.

Cats symbolize something special beyond just love and companionship. Most people connect them to the mind, the spirit, and the body. They are considered to be really smart animals. So, most cat lovers who get tattoos of their feline friends do it because they feel some spiritual connection between them and their pets. Also, they consider that having a cat is something special and worth to be permanently tattooed on someone’s body. 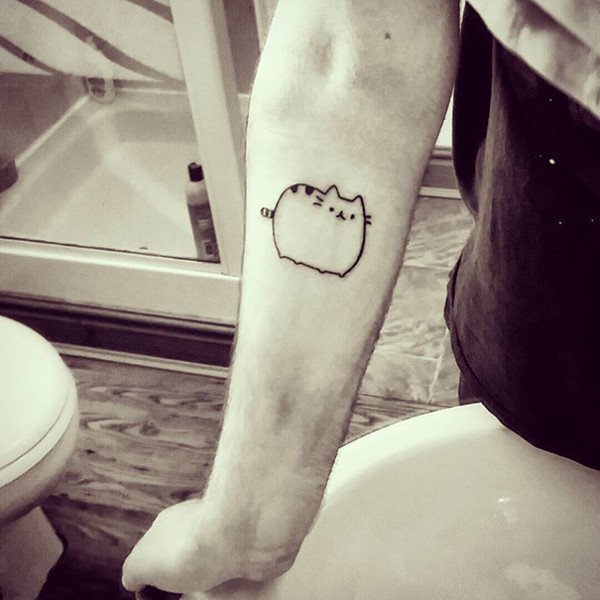 We all know that cats are believed to have nine lives. The reason is that they represent resilience. And, most people choose cat tattoos just because of this reason. They connect their cat tattoo with life after death. Also, they think that their cat tattoo (especially cat paws tattoo) can bring them luck in life.

They are exotic and adventurous

Cats are well-known as curious creatures. Their curiosity is one of the reasons why people with adventurous spirits choose this kind of tattoo. They consider it a symbol of fun and joy.

These are just some of the main reasons why people choose cat tattoos. Some others go even further and connect the cat symbol with strength, or even elegance. 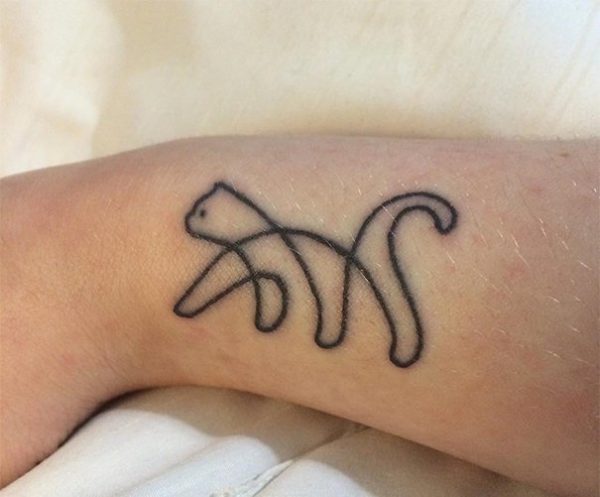 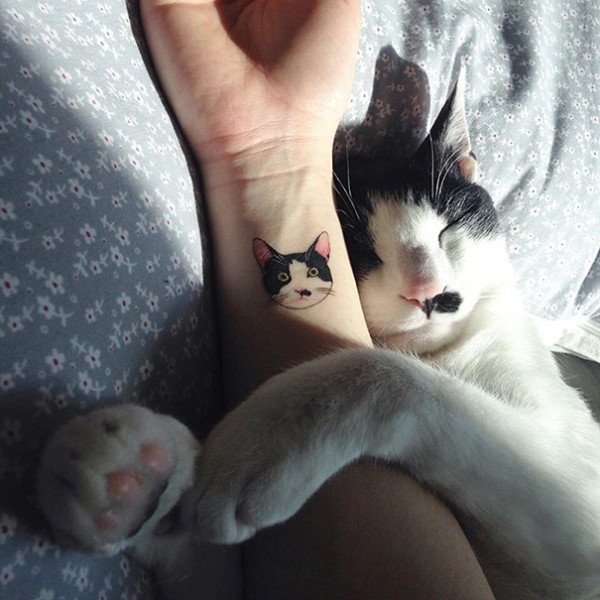 One of the very popular reasons for getting a cat tattoo is charity. Most people choose an animal tattoo just to spread awareness of the important work of animal shelters. Animal tattoos, especially cat tattoos have become very popular nowadays because of charity reasons. People loving animals use the chance of tattooing their favorite animal to increase awareness of the importance of adopting animals and giving them a better home to live in.