The Best Oscar Dresses Ever

On account of the pandemic, The Oscars 2021 will air Sunday, April 25. For the first time in history, the ceremony will take place at Los Angeles’ historic Union Station in addition to its usual venue, the Dolly Theatre.  The annual awards show will prioritize the public health and safety of those that will participate. For that reason,  producers Steven Soderbergh, Stacey Sher, and Jesse Collins revealed that the plan is to stage an intimate, in-person event on both locations mentioned above. For those who do not wish to or are not able to attend in person, there will be a Zoom component that they can rely on. That means that this year, the 93 Annual Awards Show will take a different track from years before, and we may not see all the nominated on the stage.

On the other hand, that means that the fashion moment of the Oscars will not be the same as the previous years. Although the producers in the note they sent to the nominated mentioned the dress code (“formally is totally cool if you want to go there, but casual is really not”), and we are sure the presented will follow in plenty of words, the pandemic fill leaves a track on the fashion side of the event. Many women waited a whole year in order to see the stunning, breathtaking dresses actresses used to appear on the red carpet. Enjoy the retrospective gallery below.

The celadon satin dress that Grace Kelly wore in 1955 when she collected her Oscar for The Country Girl is one of the most memorable ones ever seen on the red carpet. This ice-blue gown was designed by Edith Head. It was originally created for the movie’s premiere. When Grace appeared wearing a hew satin gown combined with a matching evening coat and a red lip, she showed the world what glamour means. 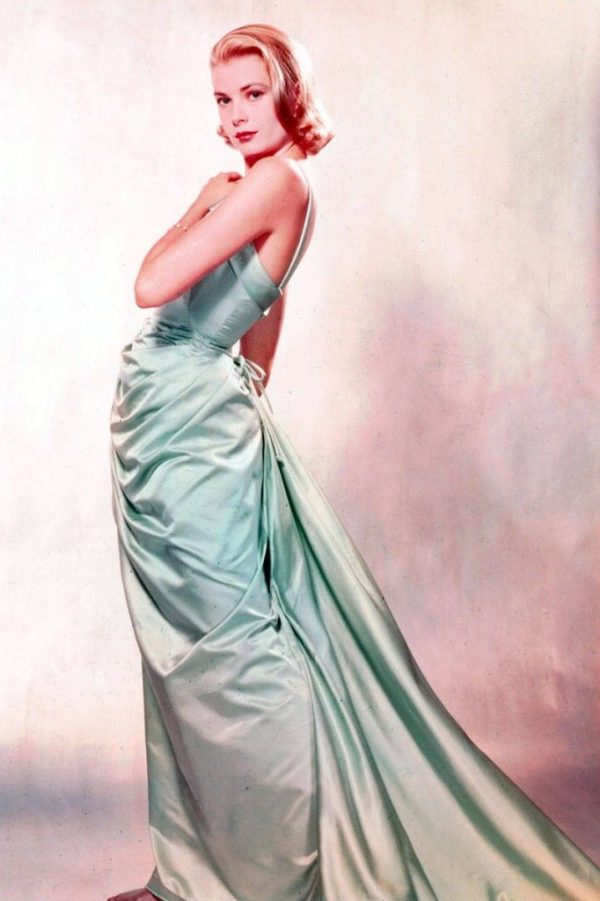 One of the best-dressed actresses at Oscars 1999 was Gwyneth Paltrow. She took home the Best Actress Award for her performance in Shakespeare in Love. Wearing a pink Ralph Lauren gown accessorized with a diamond choker by Harry Winston she looked simply stunning. 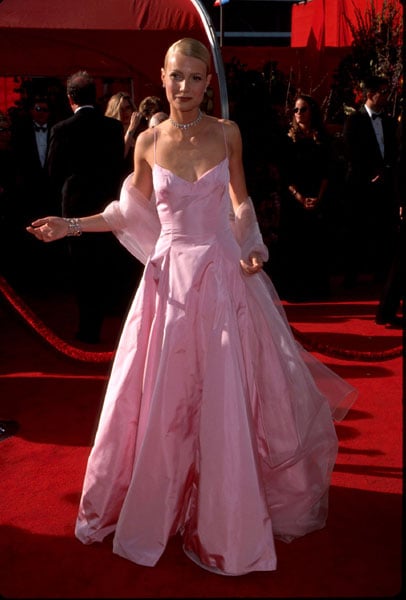 There is a little black dress, and there is the vintage Valentino black dress that Julia Roberts wore to the Oscars 2001. And you should admit, the dress designed by Valentino is absolutely worth being part of the list of the best Oscars dresses ever. When Valentino was asked about the dress that marked the Oscars history, he said that the dress made him nervous. “You are never sure who is going to wear what until they walk out onto the stage. That night I was in Rome, watching the Oscars live on television, and I stayed up until the wee hours of the morning to see if she wore it” she has said then. And she wore the dress, and she marked the fashion history! 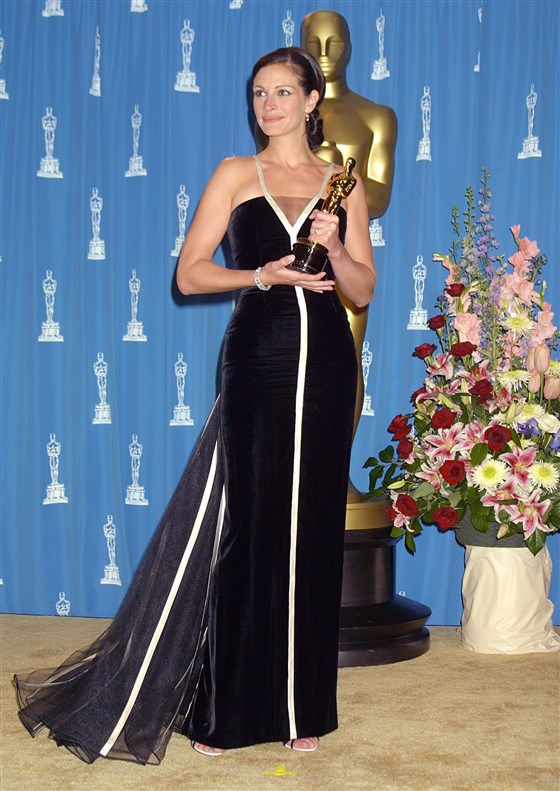 Do you remember the timeless dress that elegantly accentuated Jessica’s figure at the Oscars 2006?  Many will forever remind the details on the bottom half of the dress that made it looks elegant and beautiful. She paired it with minimalist jewelry. The color of a ray of sunshine made her look like she is glowing. 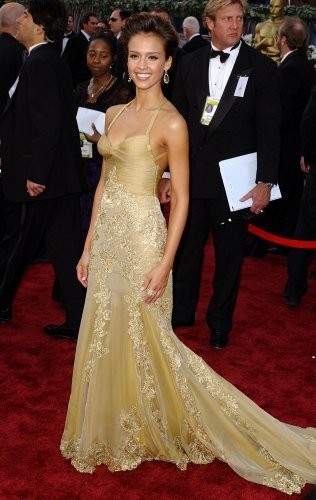 I can bet that there is no woman in the world who doesn’t remember this iconic dress. Yes! This dress made history! The iconic moment when Angelina stuck her leg out from the high slit of her black velvet gown marked history forever. The iconic dress was designed By Atelier Versace and has been one of the best fashion creations ever. 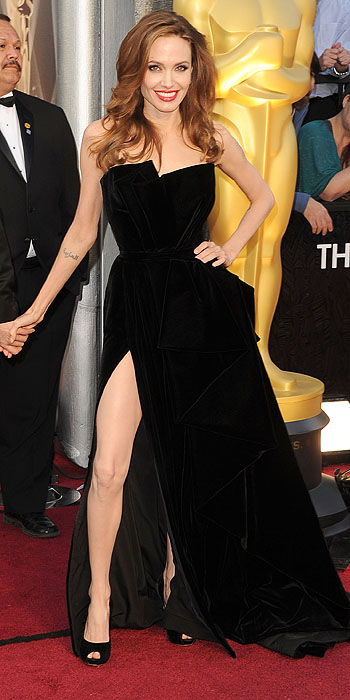 Do you remember Lupita’s appearance at the Oscars 2014? She took the trophy for her role in 12 Years a Slave, wearing a baby blue Prada dress. And, since she appeared wearing her fun, flowy dress one can take out of mind this princess dress. 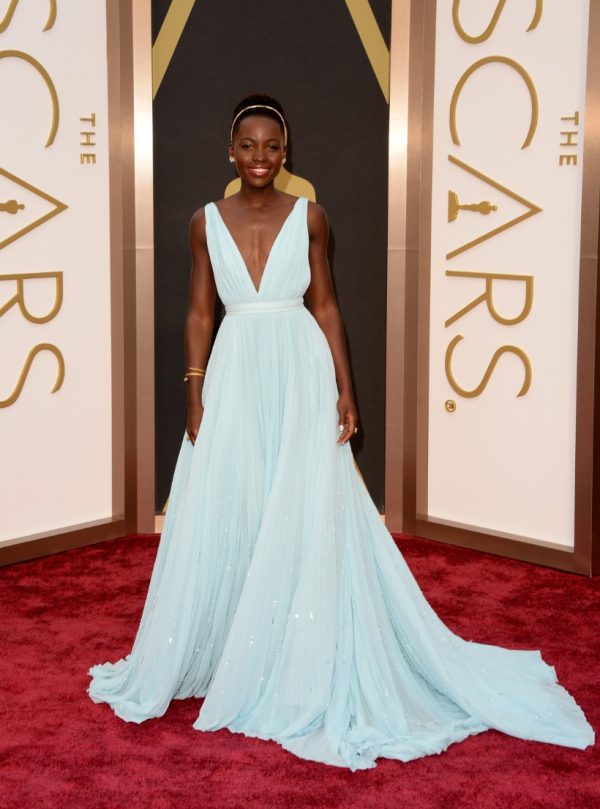 Everyone was accustomed to seeing Lady Gaga wearing meat dressed and bedazzled bodysuits. So, when she appeared wearing the strapless, structured Alexander McQueen gown on the 61 Annual Awards, everyone stayed with an open mouth. In a positive sense of course! She surprised everyone, from TV watchers to fashion critics with her appearance. Her look was complemented by a 128-carat diamond necklace last worn by Audrey Hepburn. Her serious dress choice gained her a place on the list of the best Oscars dresses ever seen on the red carpet. 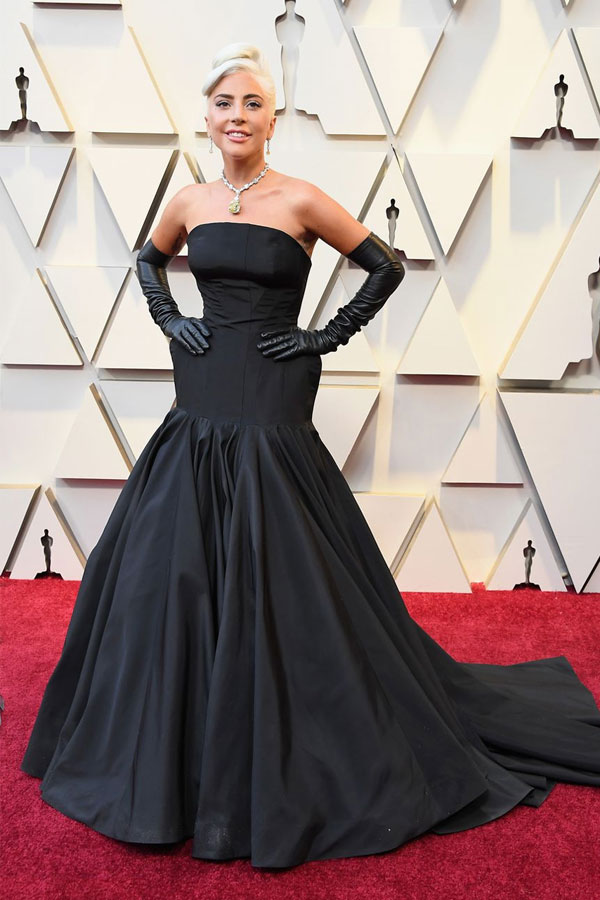